Please use the Fast Track Filing System for:

Donald Trump surpassed 96% among Republican presidential candidates, and 46% of the overall vote.

More than 4,000 fairgoers voted in the Straw Poll. The poll was conducted on iPads in the Iowa Secretary of State’s Fair booth.

“Historically, this Straw Poll has been a pretty good indicator of the way the races will eventually shape up, so it will be interesting to see if that holds true this time,” Secretary Pate said. “My thanks to the thousands of folks who visited our booth during the State Fair. We registered a lot of people to vote and encouraged civic engagement among Iowans of all ages.”

Among U.S. House races with primary elections, Ashley Hinson led the Republican field in the First Congressional District, with 67% of the votes. Steve Everly edged Bobby Schilling among Second District Republicans, 41%-39%. Rita Hart picked up 80% of the votes among Democrats in the Second District.

The poll ran from August 8-18. Final results are available on the Iowa Secretary of State’s website, sos.iowa.gov or by clicking here. Results are unscientific and intended for entertainment purposes only. 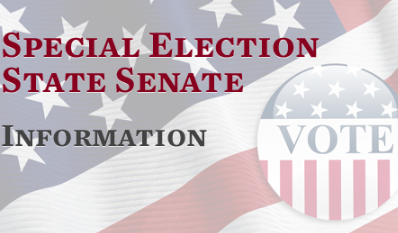